THE BUILDING of Barack Obama’s presidential library in Chicago ought to be uncontroversial. Unlike many other such libraries, it will not be maintained by American taxpayers. The Obama Foundation, a non-profit organisation founded by the 44th president, will foot the bill for maintaining the building, overseeing its exhibits and running its events. But not all Chicagoans are thrilled by what the foundation has called a new “economic engine for the city”. A local pressure group, Protect Our Parks, has taken city authorities to court for its decision to grant 20 acres of land in Jackson Park, on Chicago’s south side, on a 99-year lease costing just $10. Indignant at this relinquishing of public space, the group calls the act an “illegal land grab”. If legal matters can be sorted out, the complex will open in 2021. It will not be a presidential library in the traditional sense of housing Mr Obama’s records. Instead, the foundation has formed a partnership with the National Archives and Records Association (NARA), a government agency, which will digitise them. The building will be part museum, part community centre.

The libraries use exhibitions and events to chart the lives of their respective presidents. Some contain recreations of the Oval Office. They also hold archives of documents from the presidents and their staffers and, in the cases of Lyndon B. Johnson and Nixon, recordings of conversations they had in office.

Read more by clicking on the source below. 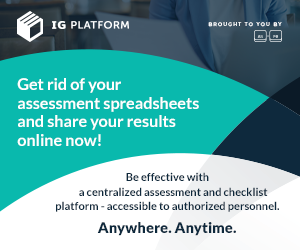 The world is changing, and IG Professionals are on the front lines of this challenge – and they’ve got their work cut out for...
Read more

Every month, the archival institutions of this nation unleash tiny particles of the past in a frenzy of online revelry.
Read more

Organizations are increasingly going to O365 and utilizing technologies like TEAMS, SharePoint and Yammer, among others. Companies are confounded about how to retain that...
Read more

Hidden map on your phone shows everywhere you’ve been and the...

Read this before your next employee hits the ‘record’ button on...