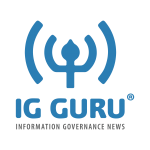 A security enthusiast who discovered a passcode bypass vulnerability in Apple’s iOS 12 late last month has now dropped another passcode bypass bug that works on the latest iOS 12.0.1 that was released last week.

Jose Rodriguez, a Spanish amateur security researcher, discovered a bug in iOS 12 in late September that allows attackers with physical access to your iPhone to access your contacts and photos.

The bug was patched in iOS 12.0.1, but he now discovered a similar iPhone passcode bypass hack that works in 12.0.1 and is easier to execute than the bug Rodriguez discovered and reported two weeks ago.

The new hack allows anyone with physical access to your locked iPhone to access your photo album, select photos and send them to anyone using Apple Messages.

FBI’s newest piece of real estate is run with robots via...

How to Approach an Office Records Management Overhaul from The Texas...

Policy into Practice — Strategies for Operationalizing Your Records Retention Schedule...